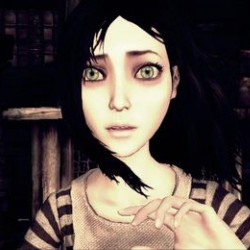 General efficiency tips and how to level through the first 2 territories of New World as smoothly as possible (with maps), to set you up for success in the rest of Aeternum and the Main Story.

Leveling by questing is my favorite method of getting XP in New World. The guide below describes the method I’ve found that is the most efficient, limiting excessive fast travel/azoth costs, along with keeping things interesting and exploring the beautiful world of Aeternum. This method also results in being “overleveled” for the areas you’ll travel to, making soloing/small parties easier. It will mostly appeal to the "PvE" style of player, but can be used by anyone.

In Part 1 of this guide, we cover the Watchtower (starting beach), Windsward, and First Light.

Note: this guide skips "specialized" quests, such as housing quests or weapon-specific quests, but feel free to add them in per your personal preference! I'll try to keep it updated to new and updated quests as well, but roll with the punches! If it looks like I missed a new piece, feel free to let me know or just incorporate it in to your adventure.

Town Projects that ask for hundreds of

You may have inventory problems if you also do logging and mining of boulders. Have a backup plan for these items if you plan on doing them.

Wherever you wash up, the quests are more or less the same. Kill some Drowned, find some lore pages, kill a boar, make some food, clear a Corrupted cave, head to town.

On the way to town, don’t forget to quickly accept and complete the quest from Hapless Howe, and turn it into them in town.

For example, if you’re in a territory with lots of Rabbits, grab the “Cull Rabbits” quest and do it as you do other quests. Explore & Find quests are always good, but watch for areas that are much higher level than you, or areas you won’t visit in your questing route.

Note: I recommend moving to Windsward. I know Everfall is popular, but the next section of this guide describes how starting in Windsward makes progressing the Main Story much simpler.

Following the basic principles of this guide so far will get you far in your questing adventures. But, for a more specific guide on the questing flow that I like to follow for the first 4 territories, that keeps you over-leveled and ready for anything, while staying engaged with the game, keep reading.

My personal preference is to quest in Windsward, then Monarch’s Bluffs, then Everfall, then First Light. This lines up best with the Main Story and has numerous other advantages. To follow this guide, move to Windsward during the New Alliances or Choose Your Allegiance quests.

Don't forget to keep gathering! Skin beasts, harvest Magical Plants, Herbs and Hemp, and mine nodes! Dump them in storage when you return to town. Be sure to ready those glowing blue lore pages too. (You can just interact with them quickly for the XP - but I do recommend reading them. They add depth and lore to the world, and it enhances your experience.)

As you follow the maps below, don't be afraid to branch off the path a bit to complete any Town Projects or Faction Missions you may have accepted, but don't veer too far off.

Set your Inn in Windsward. Accept the first 3 side stories: No Confidence Stew, To the Rescue, and Great Expectations from the NPCs inside Windsward.

Tip: look on the map and compass for the icon below to locate quests that are available for you to accept.

If you have Encroaching Corruption still, you can swing by the red stars to complete that as well, while you're in these areas (see red stars on map).

Pop into town and turn everything in, accepting all new quests in each chain. You should gain Windsward Envoy, Second Course, and Predator, Prey. You'll also probably pick up Between Innkeeps, but hang onto it for now. We'll do this later. Accept any available Town Projects involving rabbits, wolves, turkeys, elks, or rawhide (100 or less). Accept Town Projects or Faction Missions for Harplass Homestead, Moe's Farm, or Forellac. This one is a bit of a long run, but a quick Inn teleport back.

Hang onto Windsward Envoy for a bit, but mine 200

Stone from Boulders when you're able, then refine into 50

Stone Block at the Stonecutting Station. Keep them in your inventory if you can so you don't accidentally leave them behind. You can use Ctrl+Left Click to split (drag the split stack into storage).

Turn everything in, accepting all new quests in each chain. You should gain Taste for Revenge, and Warp and Weft. You'll hang onto Warp and Weft for now, we'll complete it later. Accept any available Town Projects involving rabbits, wolves, turkeys, or rawhide/hemp (100 or less). Accept Town Projects or Faction Missions for Scratchrock Burrow, Moe's Farm, Buccaneer Creek, or Buccaneer Falls.

Turn everything in, accepting all new quests. You should have Making Sparks, Corrupted Sludge, and No Mere Shot Across the Bow (Part 1) (another we'll do later). Accept any available Town Projects involving rabbits, wolves, turkeys, or rawhide/hemp (100 or less). Accept Town Projects or Faction Missions for Harplass Homestead or Willette's Homestead.

Note: the quests ahead can be a bit challenging solo, depending on your level. If needed, grab a few extra Town Projects or Faction Missions to gain a few levels, or enlist the help of a buddy. The good news is, this is the last time in the 4 starting territories that quests should be tough, because after Windsward, you'll be over-leveled for the other 3 starter territories!

Turn in your quests, and pick up Azoth Fulminate and The Stevens Expedition. There's not much else to multitask with this time (unless you haven't talked to Yonas yet to receive Old Stone Remembers), so just use the Spirit Shrine again to head to Harplass Homestead, quickly complete that quest (place the

Prototype Azoth Bombs around the area), and head back to Windsward (no map this time).

Now, onto First Light! We'll come back for those 23+ quests (The Stevens Expedition and No Mere Shot Across the Bow (Part 1) later.

Head north into Dayspring Mills and complete the two quests there. The

Gunpowder Casks can be found all over the area (look for small, glowing red barrels), and the

Dayspring Barley can be found in the area in the map shown above. Return to First Light by foot.

Turn in the 2 quests, and pick up Hilltop Hops, Siege Mentality, and In the Walls. Accept any available Town Projects involving boars, rabbits, wolves, or rawhide/hemp (100 or less). Accept Town Projects or Faction Missions for Hilltop Encampment or Letum's Pick.

Turn everything in, and accept Hypothetical Explorations,  Unsolved Mysteries, and One Threat at a Time (we'll hang onto this one for bit). Accept any available Town Projects involving boars, rabbits, wolves, turkeys, or rawhide/hemp (100 or less). Accept Town Projects or Faction Missions for Hilltop Encampment, Campbell's Rest, and Clearwater Bend.

Turn everything in, and accept The Expedition into Saircor and Skin in the Game. Accept any available Town Projects involving boars, lynx, rabbits, or rawhide/hemp (100 or less). Accept Town Projects or Faction Missions for Saircor Bridge or Saircor.

Make sure your Skinning skill is at least 25 - you'll need it to skin the Warden Lynx. There's lots of boars and wolves around town to hone your skills on, if needed.

Turn everything in, and pick up Ancient Protections and The Next Threat. Accept any available Town Projects involving boars, lynx, rabbits, or rawhide/hemp (100 or less). Accept Town Projects or Faction Missions for Elafry Pyrgo.

Turn everything in, and pick up Truth and Consequences and Bond's Gambit. Accept any available Town Projects involving boars, wolves, rabbits, or rawhide/hemp (100 or less).  Accept Town Projects or Faction Missions for Coffman's Redoubt or Nyhart's Anchorage.

Turn everything in, and pick up Curse of the Ebony Hawk and It's all about Ectoplasm. Accept any available Town Projects involving boars, wolves, rabbits, or rawhide/hemp (100 or less).  Accept Town Projects or Faction Missions for Hilltop Encampment or Sleepy Tallow.

Make sure your Skinning skill is at least 40 - you'll need it to skin the Ebony Wolves. There's lots of boars and wolves around town to hone your skills on, if needed.

Turn everything in, including Drinks on Me and Standing Down that you obtain right after turning in your other quests.

And congratulations! You're done in First Light!

If you enjoyed this guide, please join me in Part 2, where we'll venture to Everfall and Monarch's Bluffs, advancing the Main Story and getting our

Azoth Staff, along with loads of XP! Thanks for reading! The Best Ways to Get Umbral Shards Shards Are Under-Valued. The Math Behind Shard Crafting.